On Monday April 15th, our three academic co-ordinators took part in an event at the University of Glasgow celebrating 100 years of women in law, to mark the centenary of the Sex Disqualification (Removal) Act 1919.

It was an immensely enjoyable and inspiring day. After a welcome from one of the organisers, Maria Fletcher, The Hon Lady Wolffe QC made some opening remarks. Following this, there were some reflections from various women who currently practise law and a fascinating talk by Dana Denis Smith, the founder of the First100Years project https://first100years.org.uk.

Alison Lindsay, archivist and Head of Legal and Historical Search rooms at National Records Scotland, and Dr Pat Lucie, of the University of Glasgow, then gave two excellent presentations on Madge Easton Anderson, who was the first woman to practise law in the UK (https://www.gla.ac.uk/news/headline_627288_en.html). Covering the story in 1920, the Daily Record and Mail ran an image of the first woman law agent alongside news of a magical seance (which was the more other-worldly?). 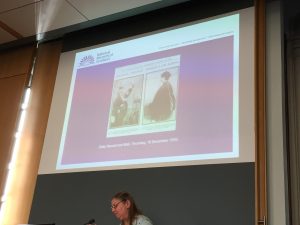 In the afternoon, Sharon, Vanessa and Chloë talked about the project, highlighting the importance of the particularities of the Scottish legal context, outlining the recent history of feminist activism in Scotland, and the various ways that artistic methods and contributions have enriched the project. 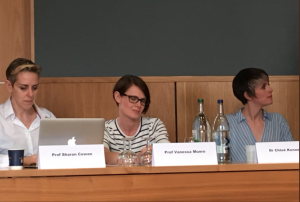 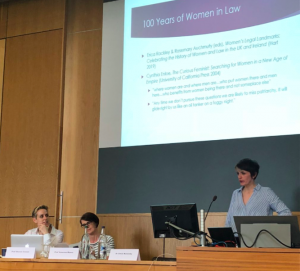 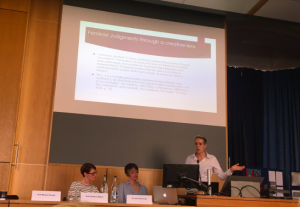 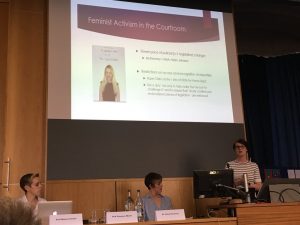 Following our talks, there was a panel discussion on equality in the legal profession, chaired by Amanda Millar, Vice President Elect of the Law Society of Scotland, and featuring Judge Anna Poole QC, Kirsty Hood QC, Prof Jane Mair and Rupa Mooker of MacRoberts LLP.

The event ended with some engaging closing remarks from Lady Hale, President of the UK Supreme Court. We were honoured that she praised the project and agreed to a photo with three fan-girls.

Congratulations and thanks to the event organisers, Maria Fletcher and Séonaid Stevenson-McCabe! 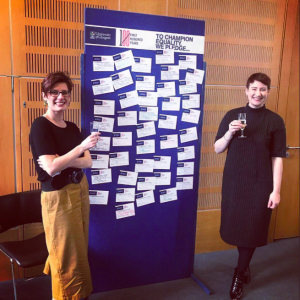 The Scottish Feminist Judgments Project is part of a global series that aims to imagine how important legal cases might have been decided differently if the judge had adopted a feminist perspective.

Bringing together legal academics, practising lawyers, judges, artistic contributors and representatives from the third sector, the project is a truly interdisciplinary effort to think about how laws can be made and applied in a more gender equitable way.